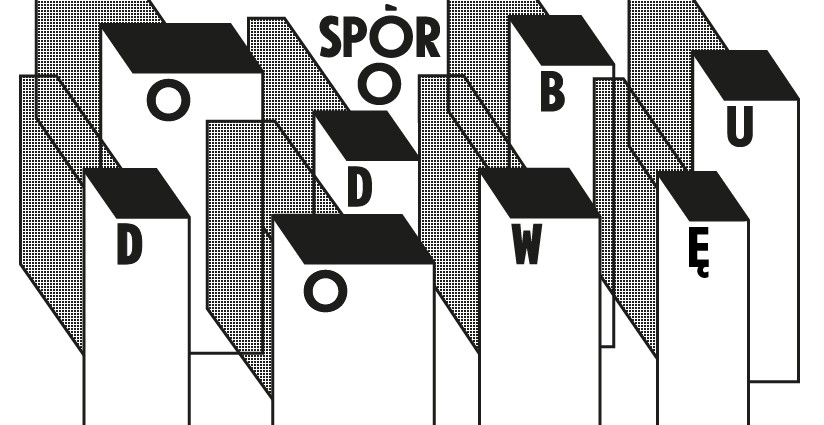 This year’s seventh edition of the Warsaw Under Construction festival – organized by the Museum of Modern Art in Warsaw and the Museum of Warsaw – focuses on a dispute concerning the post-war reconstruction of the capital city. Seventy years ago a visionary decision on bringing the city back to life was made. It did not, however, provided for the restoration of its pre-destruction shape. We now live in a city that owes its form to politicians and planners of the day.

The main exhibition of the festival, “Reconstruction Disputes”, is dedicated to that concept and its present-day consequences. It is accompanied by the “Radical Pedagogies” exhibition, which is a point of departure to reflections on architectural education and methods of preparing next generations of architects to their professional practice. These new generations will have a substantial influence on the architectural shape and urban arrangement of our city in the future – just like their predecessors from the reconstruction period.

Exactly 70 years have passed since the historical decision providing for the reconstruction of Warsaw. Still, new generations become unfalteringly involved in the dispute on the character of reconstruction of the city reduced to dust, by lending their own perspective and a burden of current experiences, such as a contemporary ownership crisis related to unregulated reprivatization of land.

The discussion on the potential reconstruction of the Saski Palace or the popularity of the digital animation “Warsaw 1935” indicate that a tendency to mythologize the image of pre-war Warsaw is becoming stronger. We are witnessing another wave of discussion between admirers of the city built up mainly with tenement houses and enthusiasts of the new capital city, planned after 1945 and taking account of the Modern Movement’s architectural ideas. A sentimental myth of "Paris of the East” wrestles with the point of view of planners, to whom the reconstruction of Warsaw was a manifest of overcoming the crisis. Urban planners brought together at the Warsaw Reconstruction Office prioritized the re-establishment of infrastructure and the improvement of the city in terms of urban arrangement over care for particular buildings. They combined professional skills gained in the interwar period with contemporary knowledge about the city.

One of the greatest consequences of this very vision of the reconstruction is the “Municipalization Decree” of October 1945, popularly referred to as “Bierut’s Decree." On the one hand, taking over the land by the city allowed the reconstruction and large-scale activities, road construction and development of public transport, but on the other hand, it fossilized the ownership chaos that is now resulting in an uncontrolled reprivatization and massive planning, economic and social costs borne by the residents of Warsaw. This situation has triggered the emergence of tenants’ movements as well as a debate on private ownership and inadequate state housing policy.

By explaining the assumptions behind the reconstruction, the exhibition helps us understand the contemporary city as a whole and ponder over its future. The concept of Warsaw proposed at that time has made the city perform its capital functions, regain its residents and take on a new architectural image. On the basis of the reconstruction of Nowy Świat Street and the extension of Marszałkowska Street, the exhibition presents the links between the reconstruction plans and avant-garde thought. Additionally, the exhibition devotes its space to the reconstruction of historic buildings, preservation of the Warsaw Escarpment as a green centre of the city and the issue of improving housing conditions and alarming interwar statistics. The exhibition also displays the shaping of public and open spaces we have been using to this day.

The “Reconstruction Disputes” exhibition is located in a building of a former school at Emilii Plater 29, designed by Jerzy Baumiller, one of the co-authors of the reconstruction of Warsaw.

The second exhibition within the framework of the festival, titled “Radical Pedagogies” and presented at the exhibition pavilion of the Faculty of Architecture of the Warsaw University of Technology, is an overview of the most interesting attitudes in teaching architecture and urban planning. Prepared by a team of PhD students of the Faculty of Architecture of the Princeton University, under the guidance of Prof. Beatriz Colomina, it provokes a debate on the contemporary shape of architectural education and encourages us to examine the process of training professionals, who – just like their predecessors from the reconstruction period – will have a significant influence on the shape of our city.

The exhibition focuses on didactic experiments that played a crucial role in the evolution of architectural discourse and practice in the second part of the XX century. Drawing from the Latin word radix that refers to roots, foundations or origins of things, researchers have used the word "radical" to describe activities that considerably influenced the shape of post-war architecture, shaking the foundations of the discipline and challenging the assumptions behind it. These activities often emerged on the edges of institutions, however, they have had a long-term impact on the teaching methods. Plenty of today’s activities in the field of architectural education are based on models introduced by these experiments.

Previous editions of the “Radical Pedagogies” exhibition were presented during the 3rd Triennial of Architecture in Lisbon (2013) and 14th Biennale of Architecture in Venice (2014), where the exhibition was awarded a special mention. The exhibition at the Warsaw Faculty of Architecture opened up the project to new pedagogical experimentation from East Europe, Africa, South East Asia and Oceania. Exhibition will present 80 case studies prepared by 60 researchers from around the globe.

The accompanying events will help us broaden our knowledge about the most interesting problems pointed out by the exhibitions, owing to meetings and workshops with the co-authors of the exhibition — an international group of architects, urban planners and architecture theoreticians. Special prominence will be granted to three schools dealing with various researches on contemporary cities — the School of Architecture, Design and Civil Engineering ZHAW Winterthur, the Faculty of Architecture of the Princeton University and the Faculty of Architecture of the Warsaw University of Technology, which celebrates its hundredth anniversary.